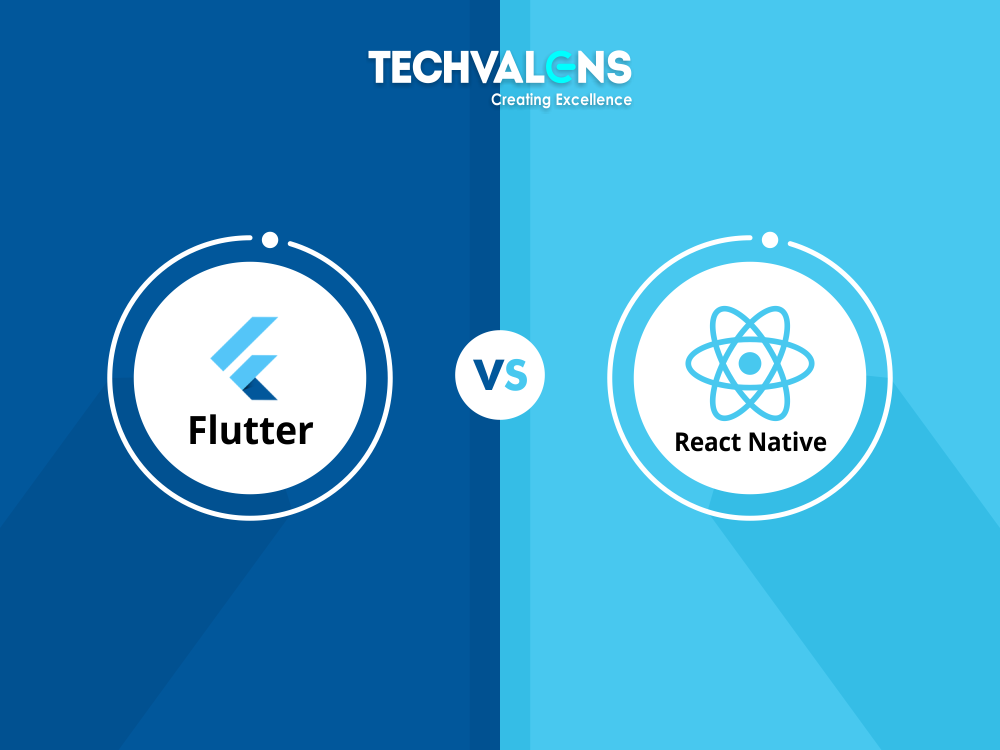 React Native vs Flutter. Which one to choose?

Since more and more people are making use of modernized technology, the demand for mobile apps has been increasing to a huge extent. To stay abreast with the customers’ and businesses’ growing needs, the constant inflow of the niche technology, frameworks, and the platforms becomes a must. For developing a brand-new mobile app engineers need robust technology that makes the time-consuming coding time simple and efficient. In order to get it, a lot of developers have started using the cross-platform app.

Flutter and React native are the two main development frameworks which are competing to prove their worth and that they are the host of the cross-platform mobile app development. React Native vs Flutter have been the most popular topic in 2019.

Flutter is a reactive cross-platform mobile development framework that uses the Dart language. It allows you to create native applications for both platforms. Dart and Flutter have been created by Google who’s using the framework for some of its hugest application. Flutter’s initial alpha release was in May 2017, so it’s much younger than React Native. Flutter is free and open-source.

The popular apps made with Flutter:

You are able to see the changes you are making in the code because of the hot reload feature. So you can make changes to the codebase on fly, and see the results immediately.

With Flutter you are able to use the same code for two apps – both iOS and Android. Flutter doesn’t depend on the platform as it has its widgets.

When there is only one application, you need to test the one.

Flutter offers a quick and smooth app performance. Most of the work is done on GPU (graphics processing unit).

Flutter doesn’t rely on native system components. Moreover, Flutter has its own set of custom widgets, rendered and managed by the framework’s graphics engine. So you can also customize the existing widgets to make it suitable for your own application.

6. Same look on all versions

Even new apps look the same on older iOS or Android systems, so you don’t need to worry about supporting older devices.

Flutter is an award-winning framework for an MVP, especially if you have lack of time.

There are no fully developed libraries supporting Flutter yet. So you are not able to find the functionality you need in the existing libraries all the time. That means developers might need to build custom functionality themselves, which, of course, takes time.

Flutter lacks support for CI platforms like Travis or Jenkins. That means you will have to use custom scripts for automatic building, testing, and launching.

3. Size of the developer community.

As Flutter is a new framework, its’ community is still in a developing stage.

Applications written in Flutter are bigger than native ones.

Even though Flutter is open source, if Google comes up to a decision to pull support for the project, it will lead to a crisis.

React Native is perhaps the renowned world champion of cross-platform mobile development. React Native is a JavaScript framework built upon the React library, both created by Facebook, and it allows to develop iOS and Android apps with a single code base.

React Native started out as an internal hackathon project at Facebook back in 2013, and in 2015 it was released to the public.

The popular apps are made with React Native:

The same feature as Flutter.

As well the same as Flutter.

It looks the same as Flutter app development.

You can get better performance with React Native by using native control and modules. The performance improves as it uses separate threads from UI and native APIs.

The official React Native release was long time ago, so the Facebook team had plenty of time so far to stabilize the API and focus on fixing issues and solving problems.

Moreover, for the moment they are working on a few exciting improvements (for instance, reducing app size).

There is a large community which can help you if you get stuck with your app development. Also there are countless tutorials, libraries, and UI frameworks that make it easy to learn the technology, and, of course, to develop with it.

Also React Native uses JavaScript: a programming language that is well-known among many developers (while Dart is still not so widely known or used).

Live reloading refers to compiling and reading the portions where you have made the changes. Also it allows you to place the corrected file in the right place even when the app is running.

Like any cross-platform solution, it will never be the same as in native apps, only close to them.

Still, it is much easier to achieve a “native feeling” with React Native than with Flutter.

Frequent updates force developers to make a lot of changes to incorporate the updates.

You may have to write extra code for elements that don’t match React Native. Also React Native supports only basic components out of box.

As React Native provides a huge quantity of libraries, too many of them are low quality or have been abandoned altogether.

4. Apps are bigger than native ones

Applications written in React Native are still usually bigger than native ones.

It is an open-source framework with JavaScript library, which makes it not so secure.

1. Both Flutter and React Native are cross-platform frameworks which can help you to develop applications for both iOS and Android. Both frameworks are open-source.

2. Both these frameworks are coming from the tech giants (Facebook comes from React Native and Flutter – from Google).

3. Both Flutter and React Native have an active specialists’ community. And both communities are doing their best to keep the documentation updated.

The Differences Between the frameworks:

For such reason Flutter is better because of its simplicity. The JavaScript layer enables communication with native elements faster.

React Native allows the use of third-party libraries and readymade components for the fast building of an application. And Flutter uses a set of high-performance widgets to create a mobile app in lesser time than it takes for native applications.

In the article we’ve done detailed comparison of Flutter and React Native, that are very popular nowadays among start-ups for mobile app development. Both are open-source and have free libraries as sources. And while Flutter is a new framework that has to develop fully yet, React Native has been in use and is a favorite of many app developers.

Get expert help in choosing the right tech for your app

Are you in a dilemma about which framework to use for your app development project? get in touch with us and our highly experienced developers will help create an app that is perfect for your business.